This stunning piece of furniture is a previously forgotten table from the 1920s found by Nielaba in France. Having survived the difficult journey through space and time, the table was brought back to life by Nielaba. It accompanied the artist on his travels around Europe, being wherever Nielaba was currently working. This constant movement transformed lines into circles and circles into rings, which later became elements of the incessantly whirling form of ultramarine round figures. This wondrous foundation levitates on slender, bent legs – just like fire coming out of the earth.

The oil painting covers the entire table, including its legs. 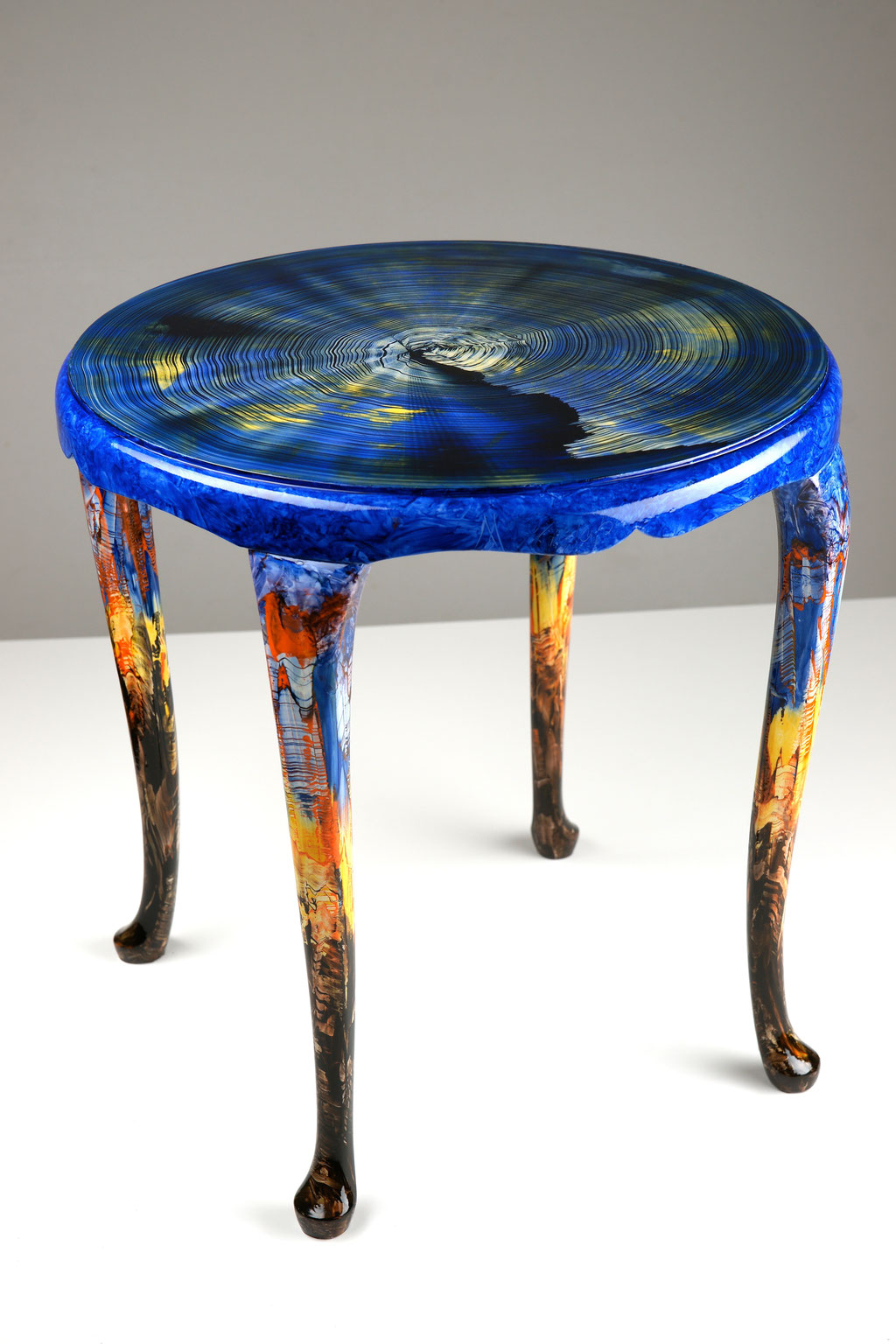 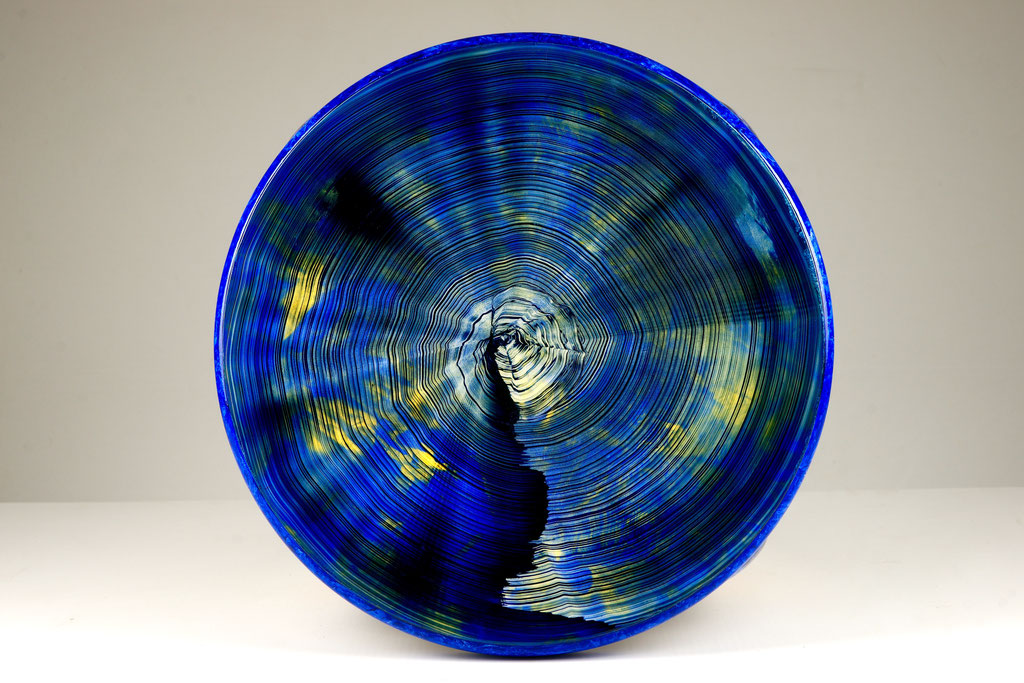 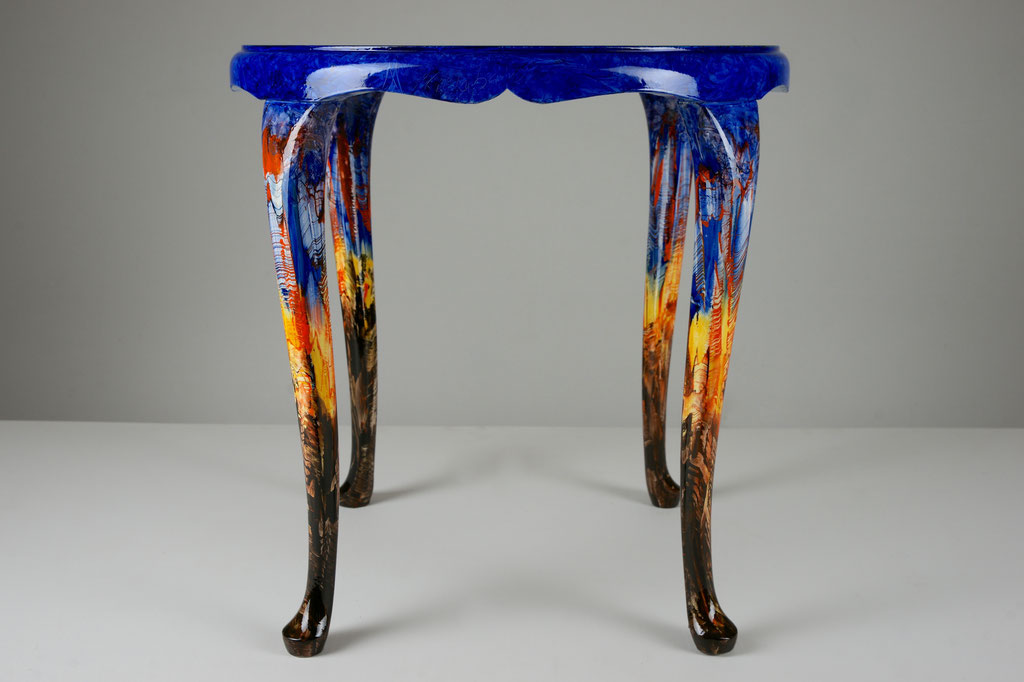